SHORT BIO   Discover singer-songwriter Norine Braun's 13th album, Songs For Trees, dedicated to the forests and the spirits within the trees. As we fight climate change, trees are the lungs of the planet. Her groove based roots, jazz and blues are blended with some rock and synthetic pop elements to create a textured and ambient soundtrack to nature. Songs For Trees is a narrative, with each song guiding us through a journey through the forest. A trip literally and metaphorically about the interconnectedness of all things.The Vancouver Sun names Songs For Trees as "one of 5 albums you need to hear!" "Songs For Trees" is unlike any other album I've ever heard. It's beautiful and genius.” Taylor Williams SubbaCultcha “Each song is beautifully tied together to create a music forest with a very important message." A.A. Christi NYC Broadway World The single The Burning charted on SiriusXM Indigenous Music Countdown reaching the Top 10.

A Vancouver based singer-songwriter recording artist, Braun released her 13th album, the groove oriented Songs For Trees in 2022. Thanks to a Canada Council For the Arts Award and a First Peoples’ Cultural Council Award in 2021, Norine set her musings during the ongoing pandemic last year to focus on climate change and the healing power of trees.

The first preview of the Canadian singer-songwriter’s 13th album Songs For Trees, is The Burning was truly a trial by fire. Written during the ongoing pandemic and while a heat dome and heat wave ravaged her British Columbia homeland, the powerfully heavy yet irresistibly flowing cut was recorded during the searing, out-of-control wildfires that devastated the province. Inspired by the need to save the ancient trees and to live sustainably — and using Dante’s Inferno and his descent through hell as inspiration for her potent lyrics — Braun ponders the times we are living in and takes you on journey through the forest filled with joy, wonder and movement.

Hot on the heels of The Burning, SEX IN THE FOREST is the second single from the upcoming Songs For Trees album. This chill house vibe tune was inspired by the reproductive cycle of the Coast Douglas Fir tree which are monoecious or hermaphroditic meaning it contains both the female and male cones necessary for reproduction to take place, all within the same plant. They are self sufficient in the continuity of their species how cool is that.  Sex in the Forest like all the songs was written by Norine Braun and produced by Adam Popowitz who also played lead guitar, bass and programmed the drums, Alice Fraser on keyboards/synth with Norine’s vocals and rhythm guitar.

The third single Red Maple was inspired by a large maple tree that sits in front of Norine's living room facing south in a 3 story apartment. Through out the years Norine says she  "watched a pair of crows raise their family on her branches, raccoons spending a night, squirrels, hummingbirds, robins and flickers resting or playing on the branches. The beautiful tree fills up our balcony in the summer giving us shade and privacy and beauty year round.Red Maple intends to capture their beauty and joy.  In these challenging times it's good to be reminded of the simple sweetness of maple trees and just be."

The fourth single Mother Tree is in part a tribute to Norine's dear mother who passed away last year during the writing of the album and to the work of Dr. Suzanne Simard in discovering that trees interact with each other underground and form a kinship. Seedlings depend on these mother trees for survival in stressful conditions. Mother trees are the old ancient ones and keeping them intact  helps regeneration and conserve carbon storage ultimately keeping the planet alive.

Norine Braun released her 12th full- length blues rock album December Falls December 4, 2020 "Vancouver-based blues-rock singer-songwriter Norine Braun has cooked up a Christmas album during her time in quarantine that offers up several swingin' new holiday-tinged tracks and peppers in her rowdy take on some old chestnuts. The veteran songstress' new tracks frame the season in a new way, shirking the traditional style much in the way rock n roll originally came in and rebranded the idea of Christmas by the likes of Brenda Lee and Elvis Presley. December Falls encapsulates the whole period of transition that comes with the new year, not just the day itself. God knows we're all ready for a transition!" Music Reviews.  December Falls is described as "delicious alt-rock with bluesy country hues.”  The Vancouver Sun Stuart Derdeyn named December Falls as 1 of 5 new seasonal releases worth putting under your tree for Christmas 2020.

The former bluesy roots rock album Through Trains Windows was inspired by Braun’s cross Canada Riding the Rails tour as Artist On Board with her partner Alice Fraser in 2018. Travelling over 6000 kilometres from Vancouver to Toronto, Ottawa, Quebec City, Montreal and Halifax, Norine absorbed the ever changing vast and beautiful panoramas from the Rocky Mountains to endless prairie sunsets, boreal forests and the Atlantic ocean.  With no wifi and time to reflect on nature and the paradoxes of life, Norine met and communed with the diversity of fellow sojourners from all over Canada and around the world. Following the tour, as a Musician in Residence at Banff Centre for the Arts and Creativity, Norine wrote most of these compelling songs in her studio facing Sleeping Buffalo Mountain. So climb aboard, sit back and close your eyes let the rhythm of the train soothe and inspire while conjuring up feelings of nostalgia and dreams on Through Train Windows..

Her previous album received a Canada Council of the Arts award to compose the concept album which is a masterful body of creative work titled "Gone To The Spirits"  based on the engaging and dramatic life story of Ququnak Paǂkiy who was a Two Spirit, Kootenay prophet, messenger, chief and guide who lived in the early and mid-19th century and written about in numerous explorer's journals including land geographer and fur trader David Thompson (Koo Koo Sint). Norine is of mixed ancestry Metis and Ukrainian and self identifies as Two Spirit. Norine was nominated for the 2018 Western Canadian Music Awards as Spiritual Artist of the Year for this album.

Norine Braun thrives on live performance and connecting with audiences worldwide. From New York City to Quebec City to Tokyo and beyond, Braun has performed at the Vancouver 2010 Winter Olympic Games, at theatres, festivals, coffeehouses, casinos and clubs with appearances on the main stages of numerous festivals including the Vancouver Pride festival and Indigifest Victoria.

Norine also edits and creates her many of her music videos including the latest Going To The Forest and Overstory. She wrote, directed and produced her music videos Crosses and Sweetgrass thanks to a First Peoples' Cultural Council award and Sleeping Buffalo thanks to a CreativeBC grant both from the album Through Train Windows.

2001 Norine Braun and the Mood Swings

2007 Evolution of the Blood Star

2013 Conventus The Eye of the Heart

2021 Canada Council For the Arts Award

2017 The Banff Centre for Arts and Creativity Musician in Residence

2006 Winner Artists For Literacy Songs Inspired By Literature International Songwriting Competition for song Conformity 451. This SIBL collection was released in 2015. 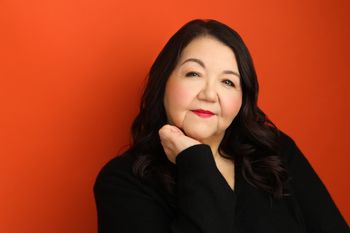 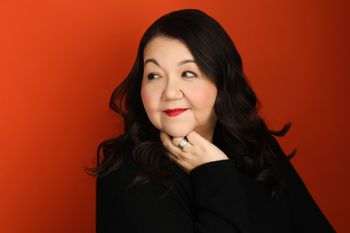 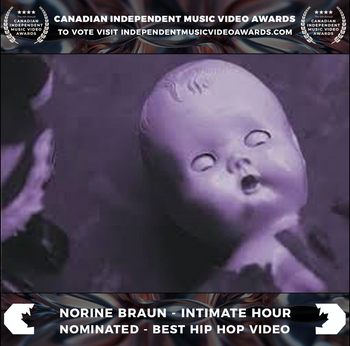 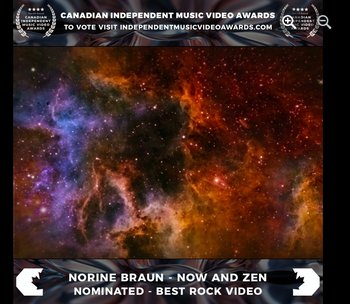 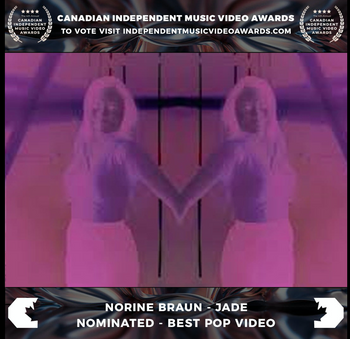 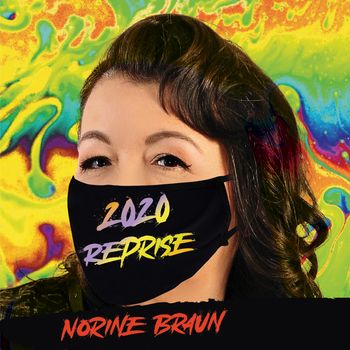 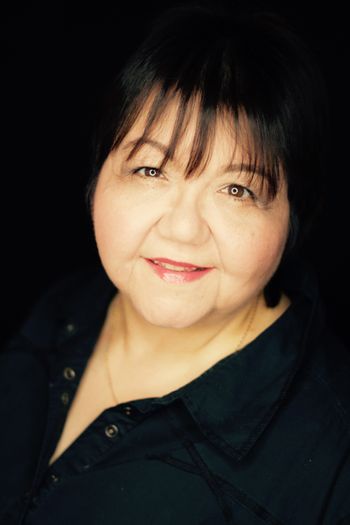 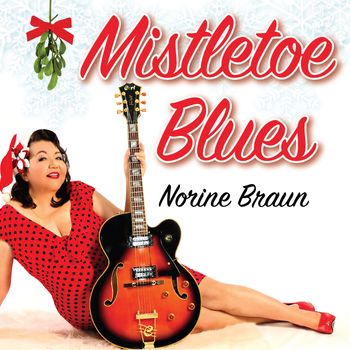 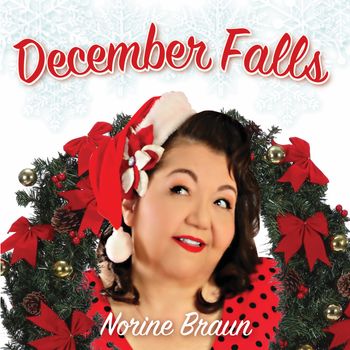 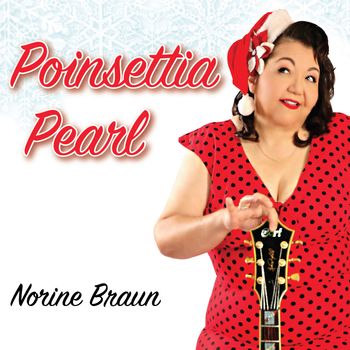 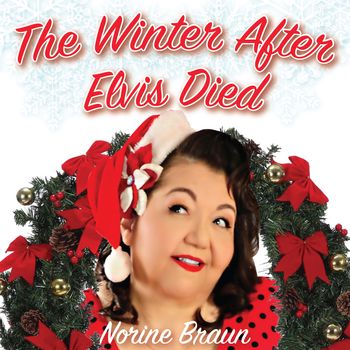 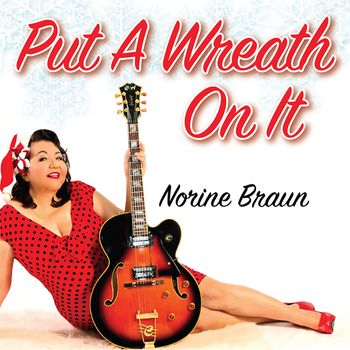 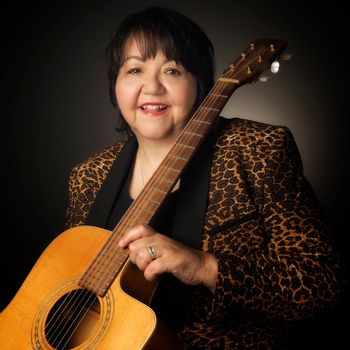 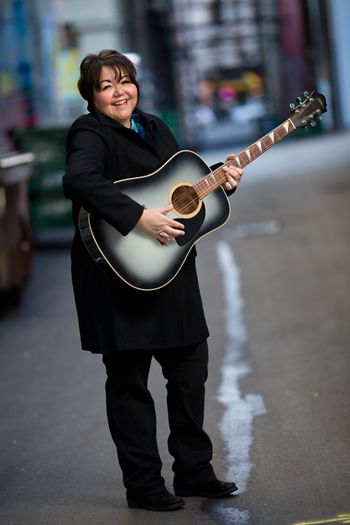 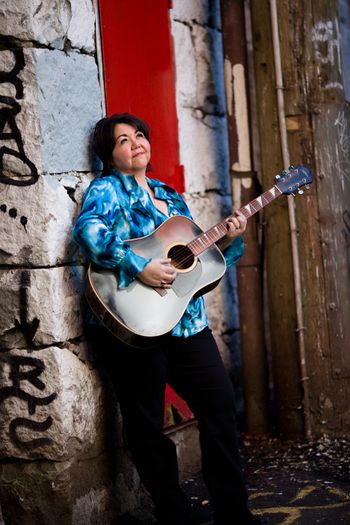 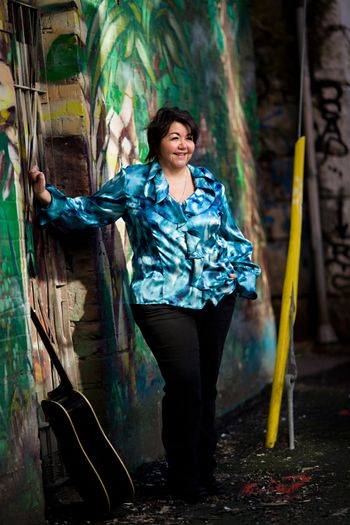 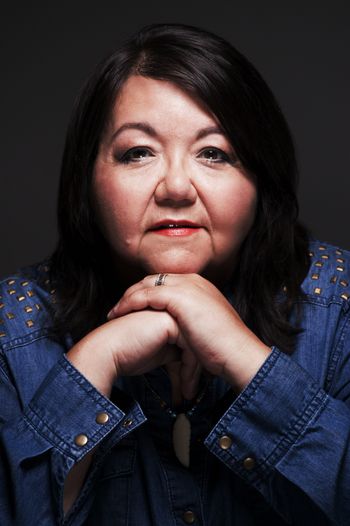 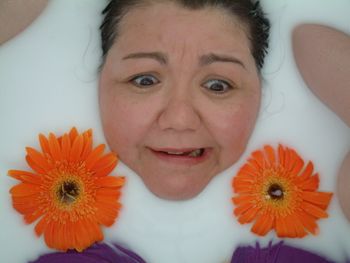 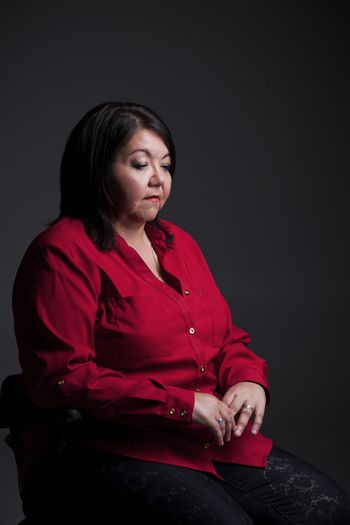 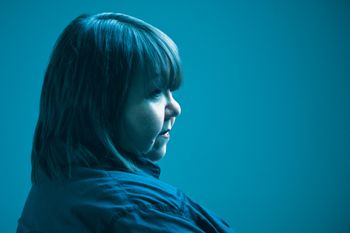 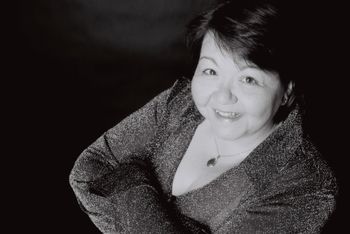 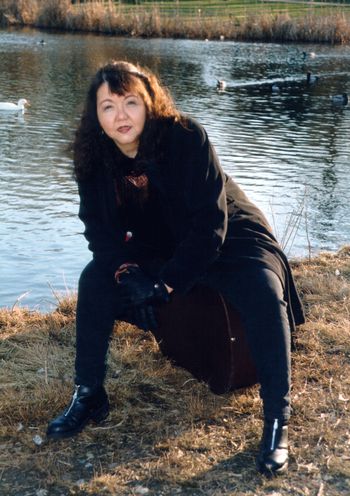